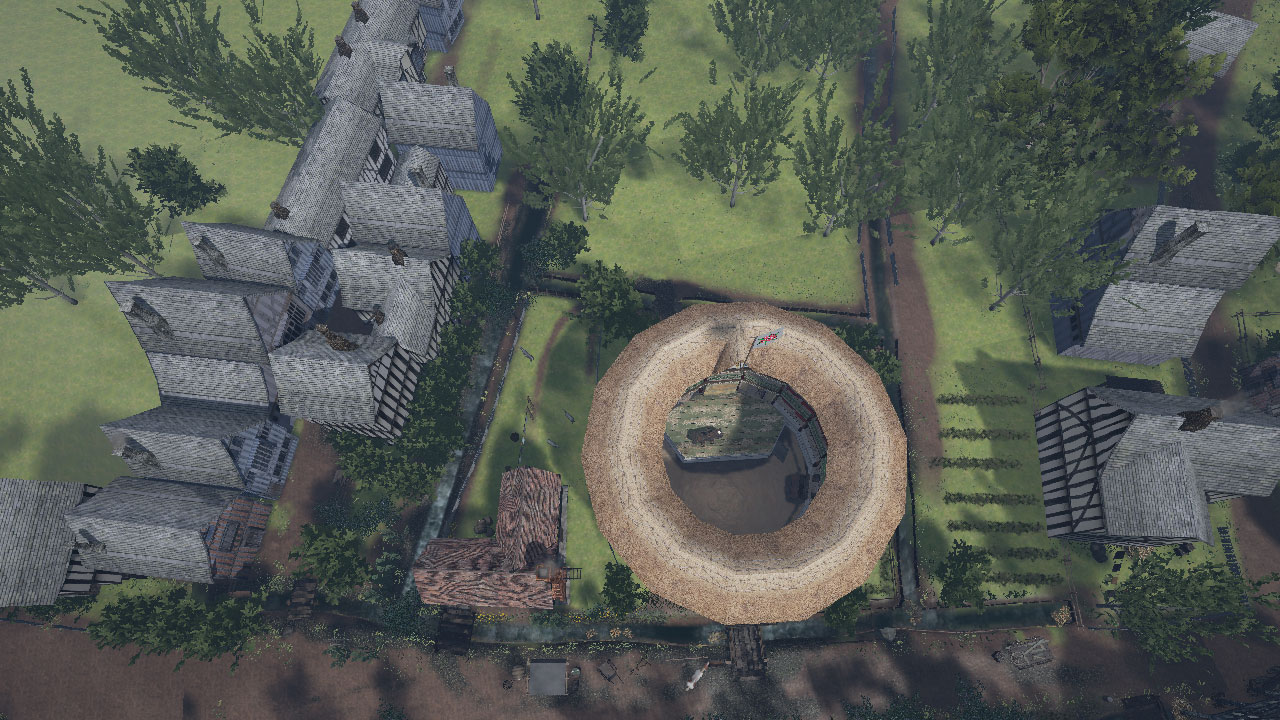 An aerial view of the Rose playhouse, Phase I

The ‘deed of partnership’ between Philip Henslowe and John Cholmley (fig. 7),27 a contract both for the establishment and use of a ‘play howsse’ and for catering to playgoers, describes the land on which the Rose playhouse was to be built as ‘[a] garden plot contayninge in leng[t]he and bredthe sqare every waye ffoorescore and fourteene foote of assize little more or less’ (that is, 28.67m2 or 94ft2). The southernmost of the two gardens making up the Rose estate, the plot was ‘adioyninge vnto a lane there commonly called mayden Lane’ to the south, ‘as well in by and through the Alleye there called Rosse Alleye leading from the Ryver of thames into the saide parcell of grounde’ to the west, and situated in the parish of St. Saviours Church (now Southwark Cathedral) in Southwark, the County of Surrey.

The contract allows Cholmley to retain sole interest in ‘[a] small tenement or dwellinge howsse scittuate and standing at the sowthe ende or syde of the said parcel of grownde or garden … to keepe victualinge in or put to any other use.’

Both buildings can be seen depicted by John Norden on his map of 1593 (fig. 8). His map, a version of the cartographer’s map of London engraved by Pieter van de Keere, shows the Rose, ‘The play howse,’ in relation to ‘The Beare howse’ (Bear Garden) on the Bankside, with Cholmley’s victualling house the smaller building below the Rose to the southwest. The playhouse is depicted as a circular building with windows and an open, central yard. R. A. Foakes notes that, while Norden was known for his surveying skills and so the map probably contains evidence for the general location of certain important buildings—although the relative positioning of these key buildings differs between his map of 1593 and 1600 as well as in relation to other similar contemporary maps by Ralph Agas, Civitas Londinum (c. 1560), and Braun and Hogenberg, Civitates Orbis Terrarum (1572) (fig. 4 [2]), for example—the details it portrays cannot be entirely trusted.28

[28] R. A. Foakes, Illustrations of the English Stage 1580-1642 (London: Scolar Press, 1985), xiii–xviii, 2–5 and 6–7. The size of the Rose is shown to be smaller than that of the ‘Beare howse,’ but in his 1600 inset the two buildings are depicted as the same size and surrounded by trees, an environment unlikely to have been sustained by the nature of the ground (Bowsher, The Rose Theatre, 28). Norden also draws the ‘The Bear howse’—the Bear Garden, an arena for animal baiting with dogs—as identical in construction to the Rose, but which is known to have been built differently: