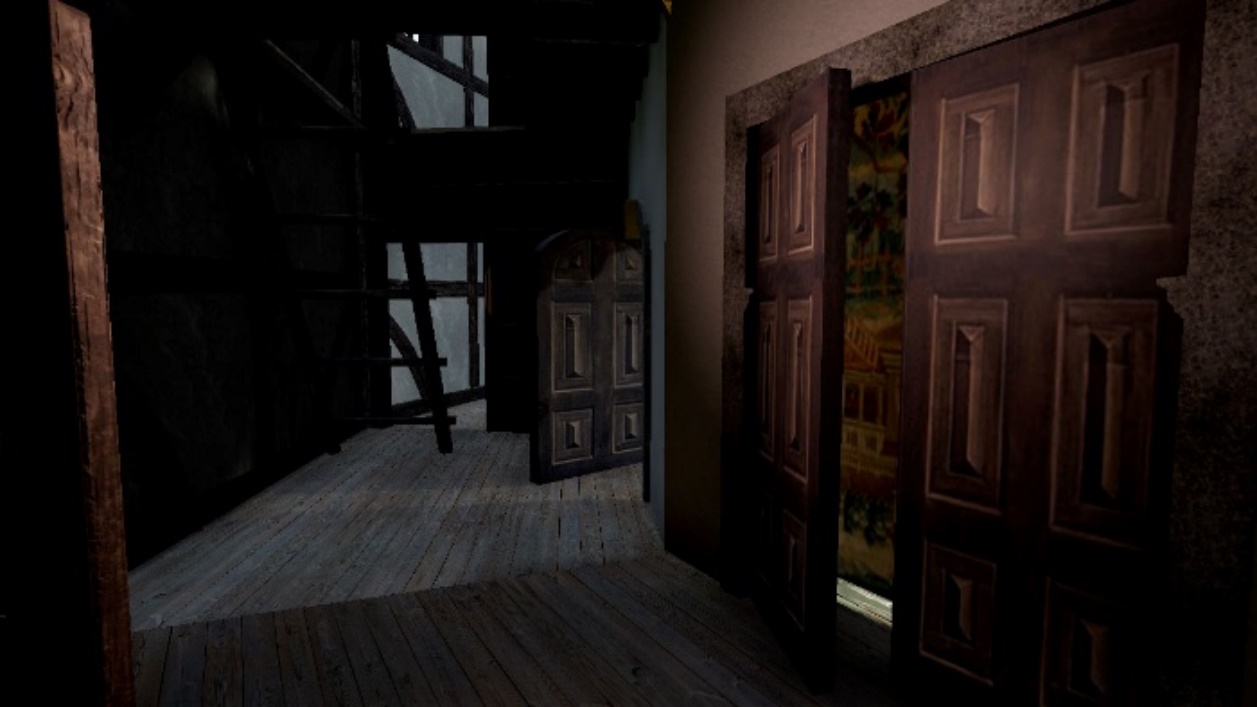 The Level 1 tiring house, or ‘back stage,’ showing the double doors in the central opening and stairs to level 2

Space existed behind the frons scenae where actors could attire themselves, hence ‘tiring house,’ to enter and exit the stage, and to ascend stairs to the Level 2 balcony, the performance area above the stage.

The tiring house appears to have been integral to the main frame of the building, occupying either bays 6–10, or 7–9 (see Fig. 21 [4.3]),213 and confined within the gallery frame behind the stage.214 There was no evidence that the tiring house projected into the stage.215 Nor was there any evidence in the archaeology of the internal structure of the tiring house but internal walls must have been built to separate it from the spectator galleries, perhaps with access between the public and private areas for the convenience of patrons wishing to enter the more exclusive ‘rooms’ to the side of the stage via the tiring house, if they ever existed at the Rose.

4.11.3 Back entrance to the tiring house and stairs to Level 2

4.11.3 Back entrance to the
tiring house and stairs to
Level 2