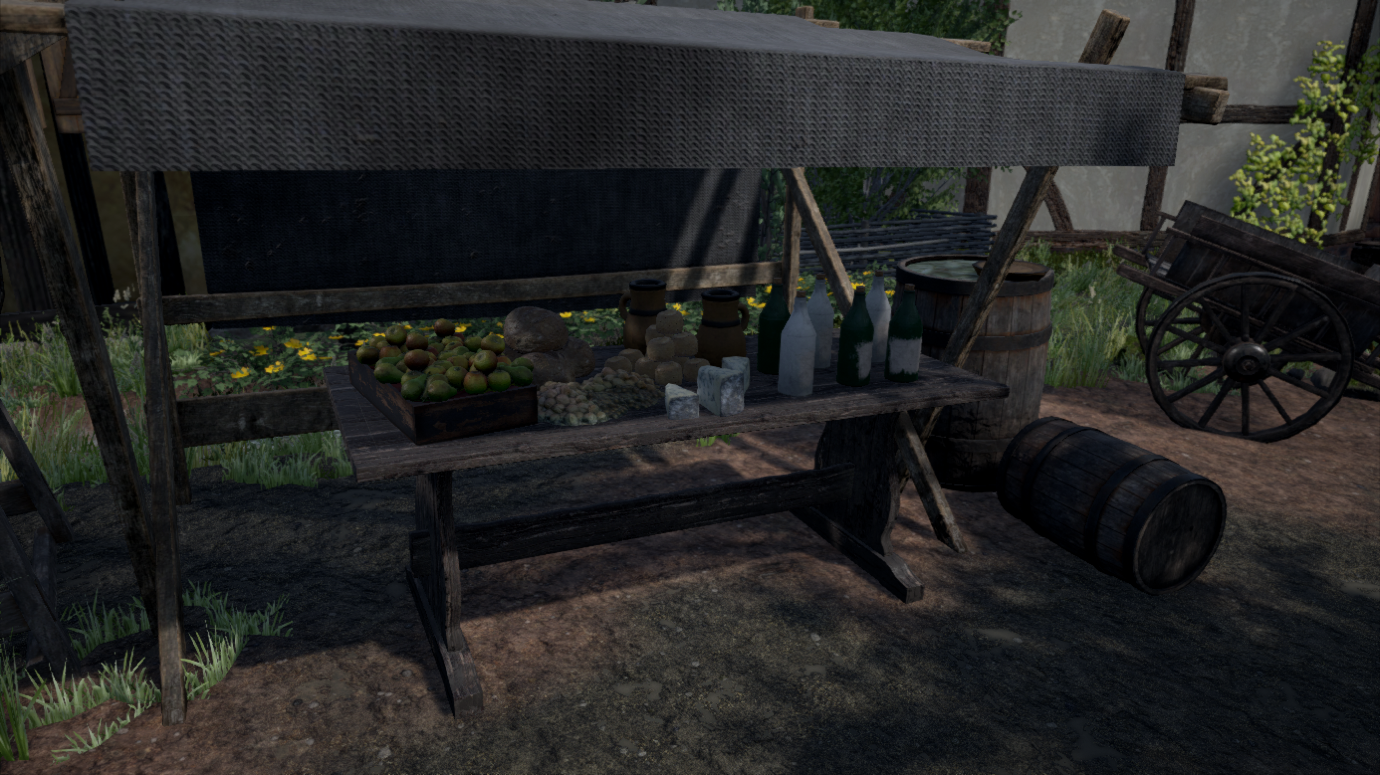 Bowsher describes the ‘deed of partnership’ (fig. 7 [3]) as ‘not a building contract but an agreement for what today would be termed a ‘catering franchise.’397 In it, Cholmley is allowed to present his victualling for ‘sale in or about the saide parcel of ground, playhouse or garden plot and other premises.’ Playgoers may have purchased food and drink before they entered the playhouse, much as one buys refreshments in the foyer of a theatre or cinema today, either from the house itself, queuing up at the window, or perhaps from a stall outside.

It is possible a rear doorway in the northern room of Cholmley’s house gave direct access to a rear ‘service door’ to the north (there was certainly a ‘tiring howse door’ after the alterations in 1592) for transporting food to spectators in the galleries. Platter, records that ‘during the performance food and drink are carried round the audience, so that for what one cares to pay one may also have refreshment.’398 The mechanism for and route by which victuals were transported from the tiring house and around the galleries and into the yard is, however, poorly understood.399 It may have been a combination of these different methods of selling that provided victuals to the playgoers at the Rose.

[399] See Julian Bowsher, ‘Provisioning Shakespeare’s audiences: Food and Drink in the London Playhouses of the 16th and 17th century,’ in Food and Drink in Archaeology 4, ed. K. Bedigan, W. Howard, and B. Jervis (University of Exeter, London: Prospect Books, 2010), 128–38.