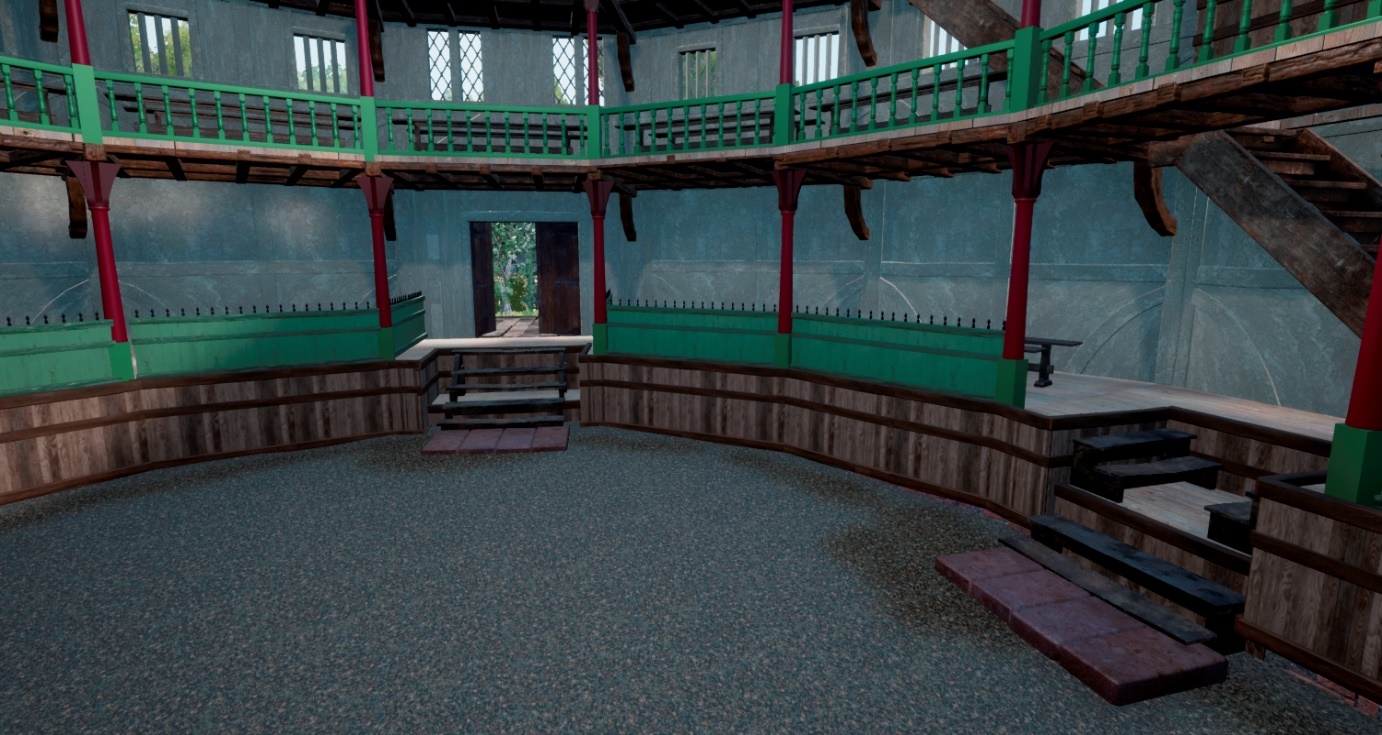 Ingressus, or entry, into the lower gallery (on the right)

The yard surface of Phase II was enclosed within the new, wider, inner wall circuit, increasing the area by about 39% to cover approximately 163m2 (1754.5ft2). Dumps of earth were used to level out the rake of the earlier floor in Phase I and to cover the earlier stage and inner walls that had been levelled, so the surface was higher than the original. Although not raked, it had a gentle slope, from a maximum of 1.23m OD in the south to 1.00m OD against the new stage front—a slope of 0.23m, or 20, from south to north. The yard had been re-floored with a layer of silt, ash and clinker with a high proportion of cracked hazelnut shells (a structural element rather than discarded consumables eaten by playgoers), which Orrell speculates was a by-product from a soap boiler’s yard.259

A depression line within the surface caused by rain again suggested the gallery eaves of the roof remained without guttering.