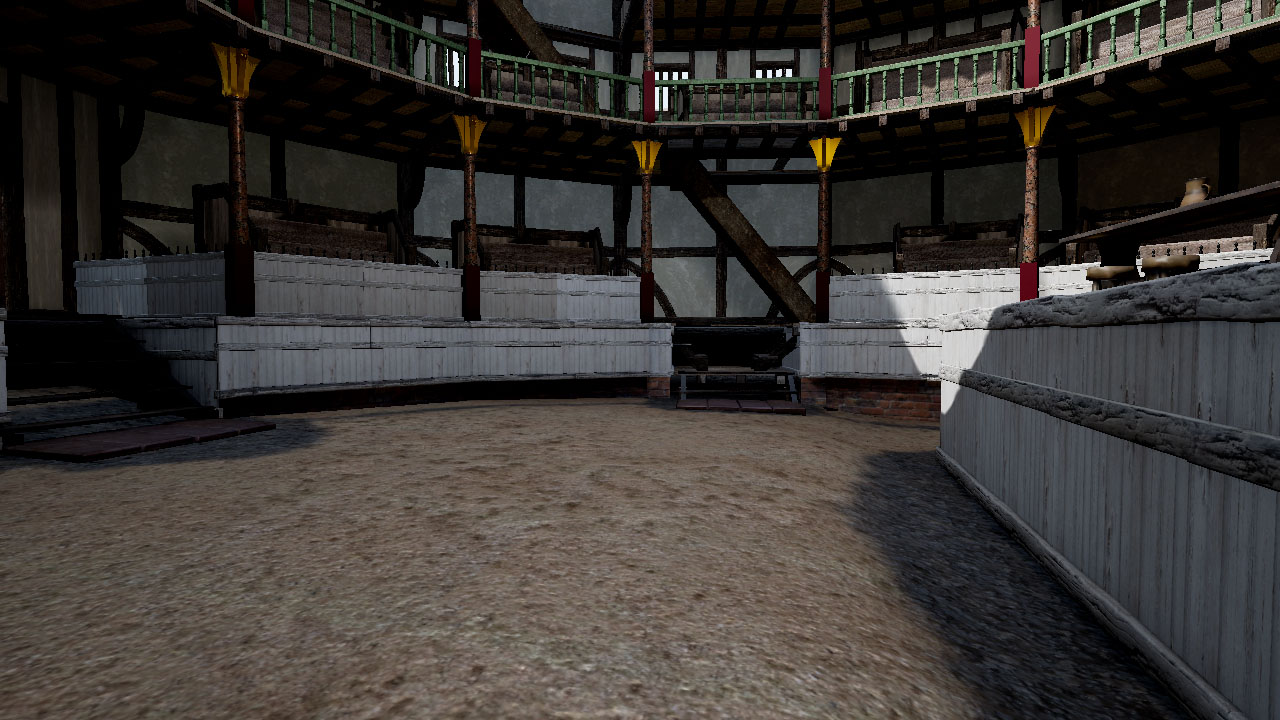 The inner yard was a fragile grey screed floor, partly raked, abutting the line of the inner walls and measuring some 15m (49ft 2.5in) from east to west and from the stage, 9m (29ft 6in) from north to south, covering approximately 117.3m2 (1262.62ft2). Practical experiments conducted by MOLA on the capacity of the playhouse have suggested that the size of the Phase I yard might accommodate 400 people loosely packed, and 530 tightly packed.76

[79] A barrel found under the western end of the stage wall may have something to do with a drainage system.