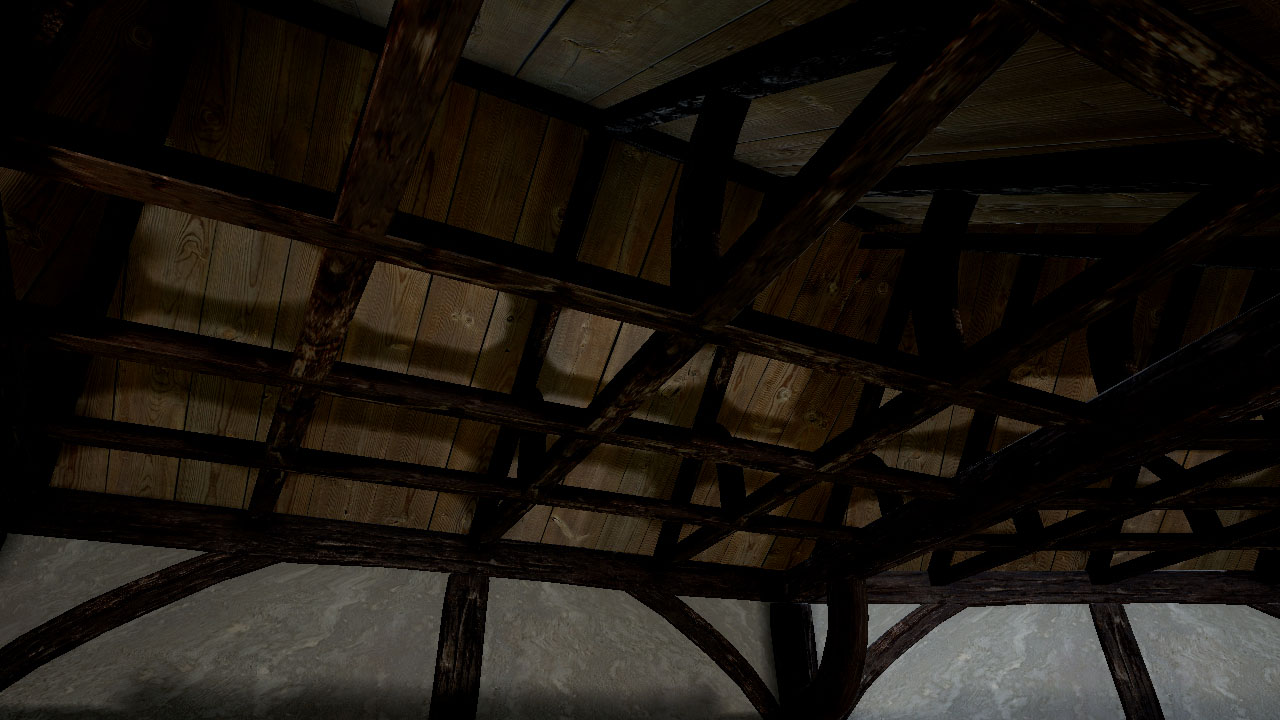 For the model, as at Shakespeare’s Globe, the bays were built with a standard queen strut trussed roof.232

Straw thatch fastened with a willow thatching spar (fig. 74a), or broach (used as staples to hold down horizontal sways, which together secured the thatch), was found at the Rose site during excavation (fig. 74b).

Rainwater dripping from the Rose playhouse roof has created an erosion line in the mortar yard, approximately 0.50m from, and parallel to, the inner wall foundation and would indicate that the eaves were unguttered and the roof was therefore likely to be thatch. Norden’s map, Civitas Londini (1600) indicates thatch at the later Rose (fig. 71 [4.14]), which, as the southern portion of the building remained untouched in the alterations suggests the roof was thatched at the early Rose also.

A flagpole with a flag probably featuring the sign of the playhouse was a common site at the playhouses, and one features in Norden’s depictions of the Rose (Civitas Londini, 1600) situated to the northeastern part of the building, although no trace of where was discovered in the excavations. In William Parkes’ The Curtain-Drawer of the World (1612), a character comments that ‘Each play-house advanceth his flagge in the aire, whither quickly at the waving thereof are summoned whole troops of men, women, and children,’ indicating that a raised flag was used to signal that a play would be put on that day. 233

[233] William Parkes, The Curtaine-drawer of the World: or the Chamberlaine of that Great Scene of Iniquity (London, 1612). In his map of 1600, Norden misnames the playhouse ‘The Stare’ perhaps because he misinterprets the image of a rose that would have been hoisted on a flagpole during performances.