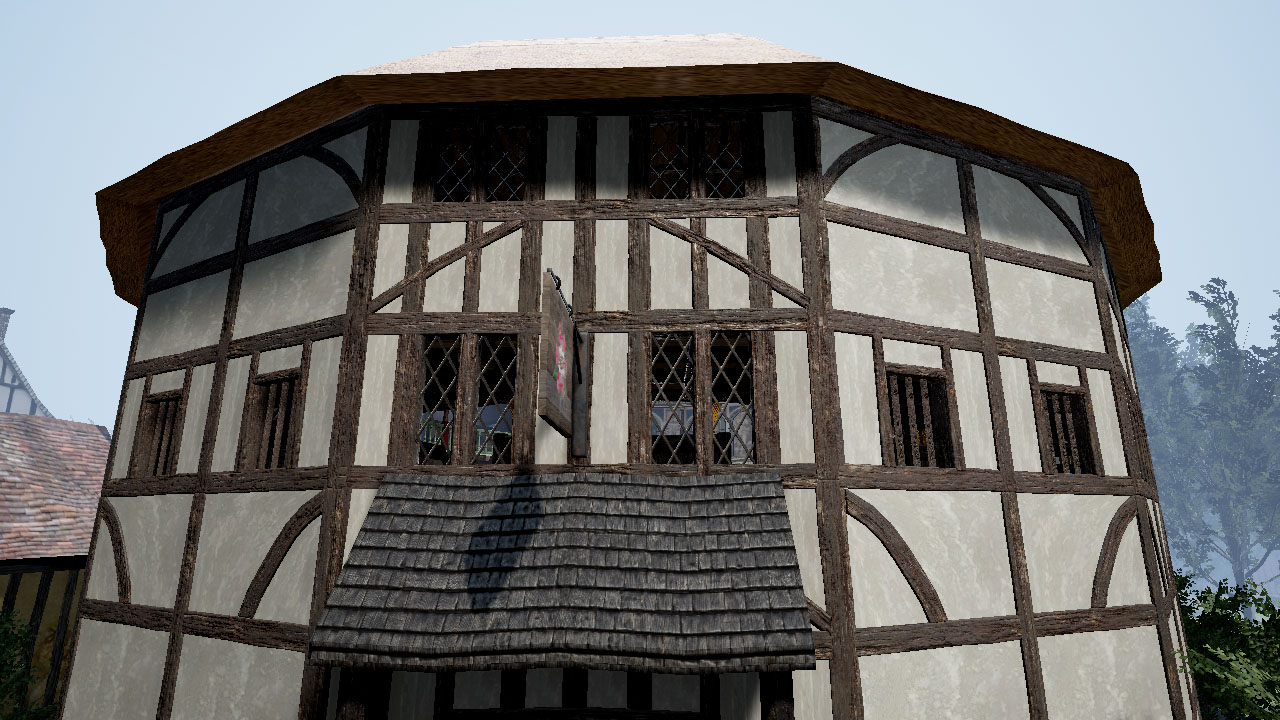 Open fretted windows around the middle gallery, with glazed diamond leaded lattice to the front elevation

Norden’s map of 1593 shows the Rose playhouse with windows encircling at least one of the galleries (fig. 8 [3]). Norden’s later map, Civitas Londini (1600), depicts the southern half of the Rose, which remained unchanged in the renovations carried out in 1591/2, with a single line of windows. It seems likely, therefore, that openings to form windows were located around one of the gallery tiers. (Assuming the early Rose had three tiers, providing openings in the middle would seem most practical.) Salzman explains that ‘a window is an opening in a wall to admit light and air’ and not until 1700 did glazing become common place. Where ventilation and light, and exclusion of birds, rather than protection from the elements, was the concern, fretting or lattice could be used. In domestic glazing, the Tudor period saw the establishment of the diamond leaded lattice (fig. 24) to hold small pieces of glass, which was limited due to methods of production to irregular shape and thickness so that it was difficult to manufacture anything larger than a foot in length; cheaper alternatives, William Horman informs us in 1519, could be ‘paper or lyn cloth straked a cross with losynges, make fentrals in stede of glasen windows.’60

Because the playhouse was open to the elements, it would have been an unnecessary expense to glaze the openings except perhaps for those in the tiring house where protection from the elements was probably necessary (storage rooms and an office for Henslowe, perhaps). Henslowe’s later Fortune contract stipulates ‘convenient Windowes and lightes glazed to the saide Tyreinge howse.’61

Whilst there’s no evidence the front of the Rose would also be glazed, here the model follows Greenfield’s assertion as an architect that ‘making something of the frontage is good architecture!’62