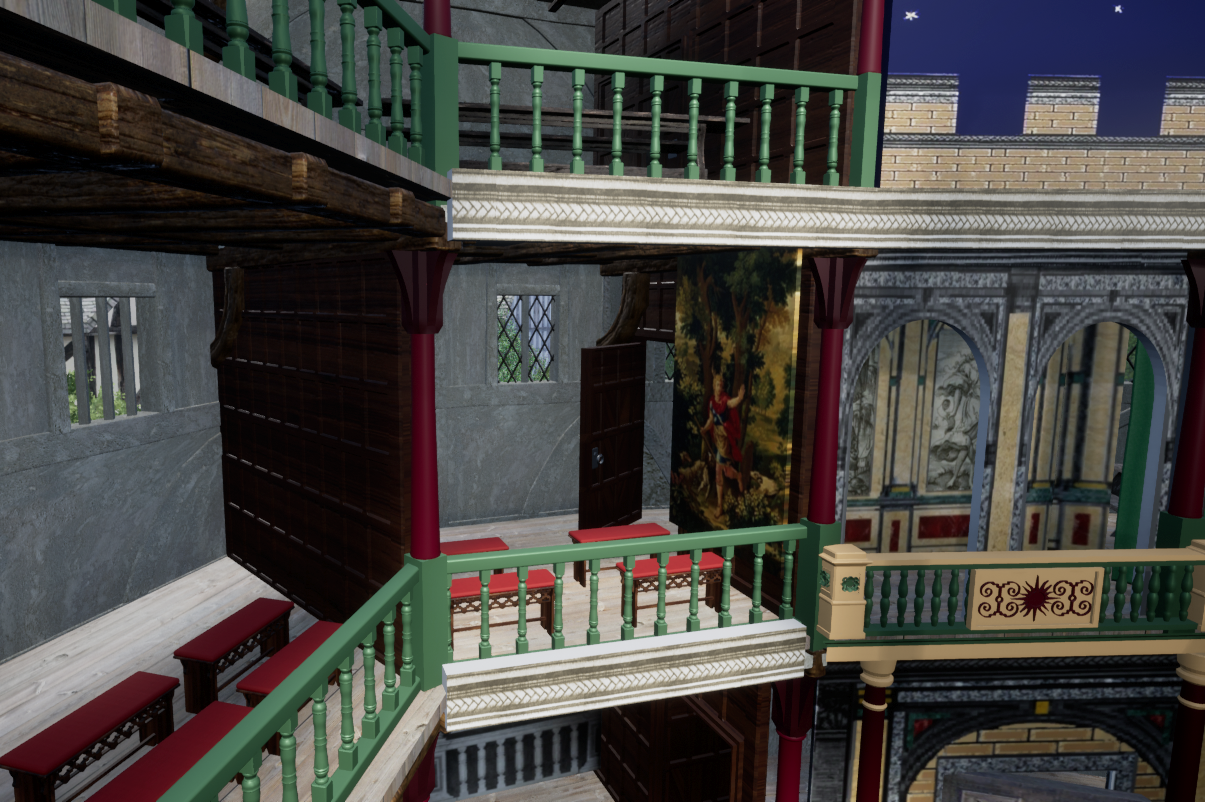 In the model, four ‘Gentlemen’s Rooms’ have been provided, two positioned on either side of the stage (which might also be used by lords) and two positioned on either side of the ’room over the tyerhouse’, all of which are accessed from the tiring house. This does not dismiss the use of the gallery above the stage as another space available to the gentry to sit in and spectate.

The walls in each room have been hung with painted cloths depicting images from Ovid, and reminiscent of tapestry or painted wall hangings that adorned the walls of Yeomen and Gentlemen’s houses in Tudor England.

In one room has been hung a painted cloth depicting ‘Diana and Actaeon,’ from Ovid’s Metamorphoses (fig.103).

On the wall is oak panelling.

Gurr thinks the ceiling would have been plastered along with the rooms for lords.368

The seating in the six-penny rooms consists of decoratively carved oak stools with red cushion.