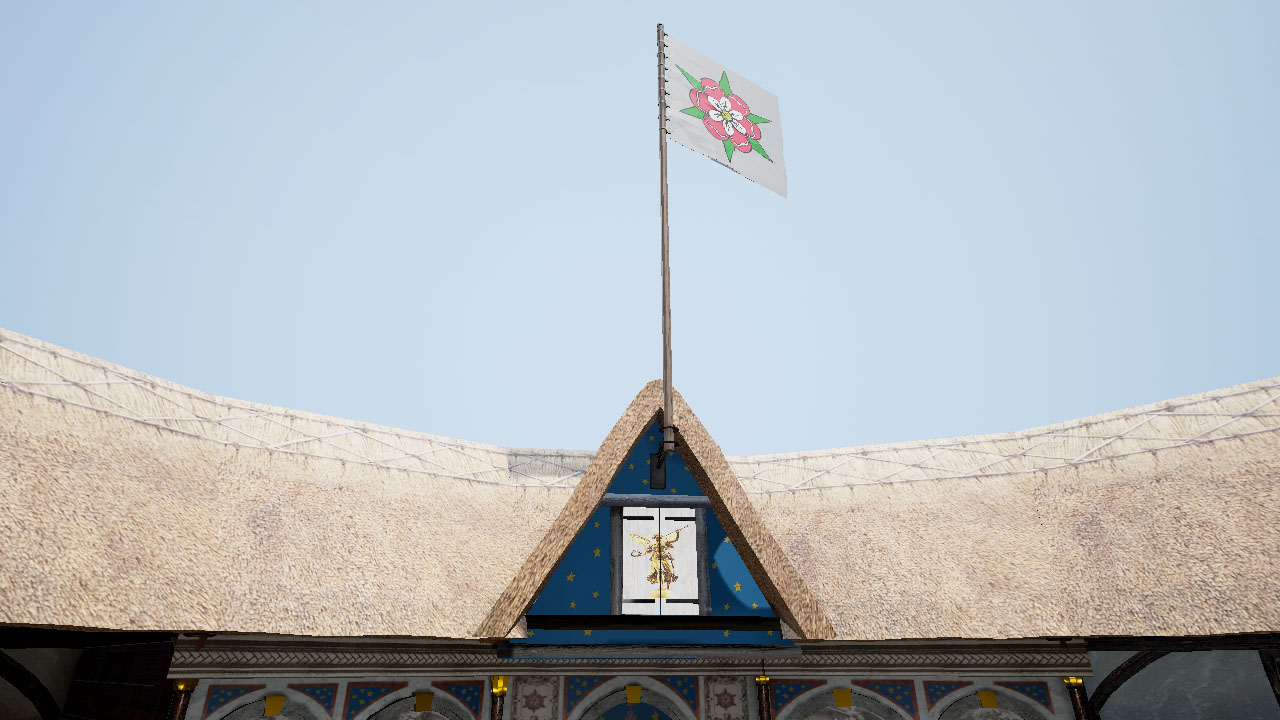 The gable, with the image of Pheme on the door and flag raised aloft

Norden’s 1600 panorama, a depiction of the later, altered Rose, shows a gable against the frame over the area where the stage was located (fig. 71), and a similar feature is also depicted in the Bear Garden. Bowsher and Miller think this was an embellishment of the frons scenae.230 It is not known if a gable featured at the early Rose, but it makes architectural sense and would have offered at least some protection.

In the model, painted in gold on the gable door—from which a trumpeter ‘heralded’ the start of a play, similar to that depicted in the sketch of the Swan playhouse (fig. 72)—is Pheme (in Greek, related to ϕάναι ‘to speak’) (fig. 73), the personification of fame and renown, whose favour was notability but whose wrath was scandalous rumours. The walls surrounding it are painted with a continuation of the heavens. A depiction of Pheme also features on the front of the stage roof at Shakespeare’s Globe.