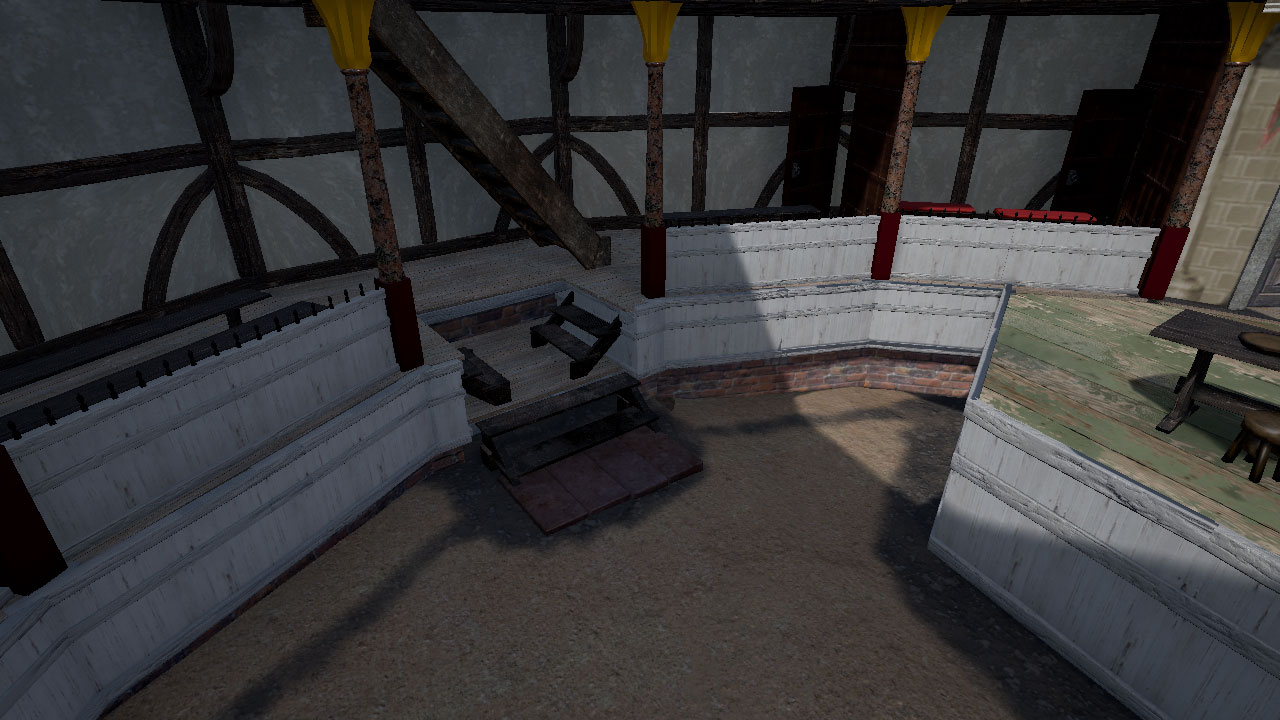 The inner gallery wall consisting of a low brick wall, on top of which sits the timber sleeper beam, or ground-cill, and the timber frame

The parallel inner wall foundations were found 3.5m (11ft 6in) from the outer wall, measured centre to centre. This is roughly equivalent to the Fortune contract, which stipulates that ‘All which Stories shall conteine Twelue foote and a half of lawfull assize in breadth througheoute,’ where measurement here is from the extremity of the outer wall to the extremity of the inner wall.63 The comparable measurement for the Rose is, according to Julian Bowsher and Pat Miller, 3.9m (12ft 3in).

The surviving wall foundations consisted of a trench built of chalk and flint, with a low brick wall on top laid in ‘English bond’ (alternating courses of headers and stretchers; see fig. 25), high enough to create level surfaces for the radial beams of the superstructure running from the outer to inner wall. Of these surviving walls found in the archaeological dig, the bricks measured an average of 220mm x 110mm x 55mm and were most commonly orange/red in colour, set in sandy fawn-coloured mortar.64

These inner brick walls would have supported the open framework of the oak timber superstructure, allowing a view of the yard and stage.