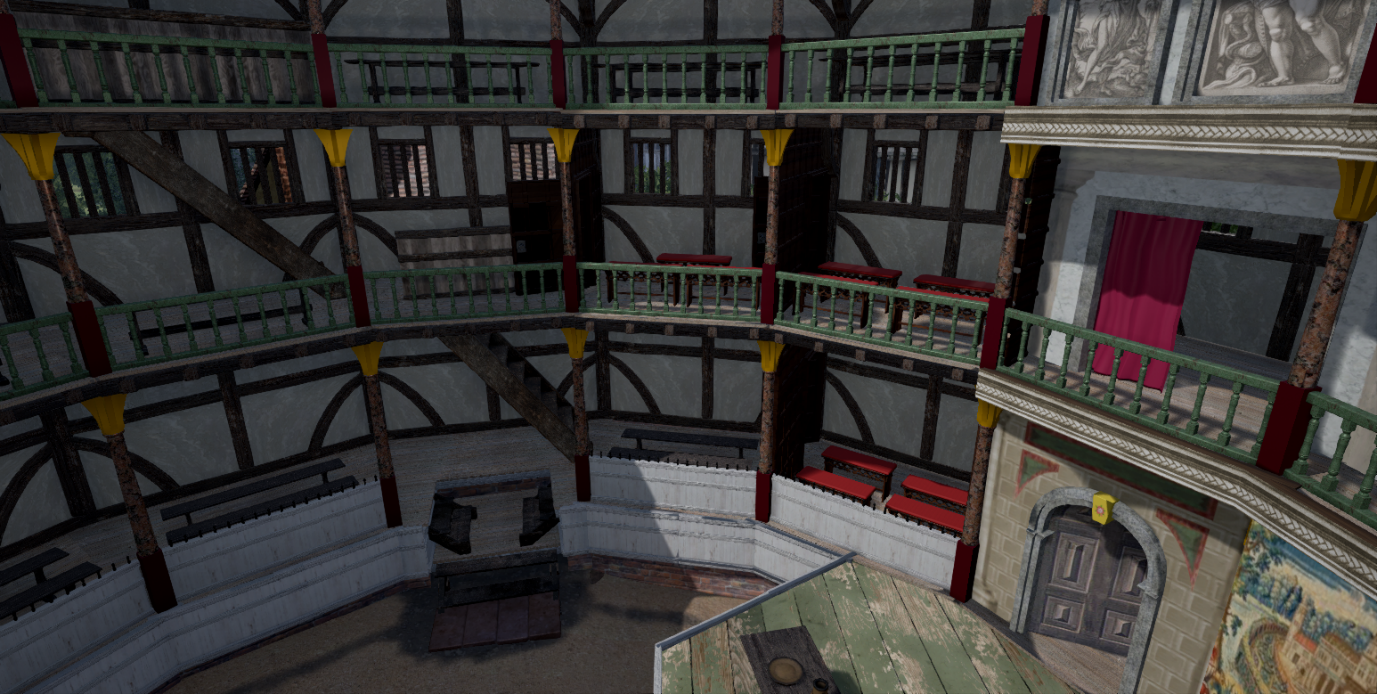 The internal timber superstructure with open fronted bays, allowing a view of the yard and stage

Oak was a ubiquitous material for constructing timber-frame buildings, remnants of which were discovered during excavation. As a cost-cutting exercise, reuse of oak from ships was common as was also found at the Rose site.

All major structural elements of historic timber framing used ‘boxed heart’ timbers, meaning the natural circular section of the tree was hewn to a square section with the heart of the annual rings at the centre, providing strength. However, all parts of the wood were used including the softer outer sap wood. (Frames that have survived the ages often show where the less durable sap wood has decayed, leaving timbers with gnarled and rounded arises/corners which would once have been squared off and sharply defined.) Cutting was done by hand so that timbers had small undulations and deviations along their length, and the squared-off faces were not necessarily perpendicular to one another. However, jointing would accommodate such irregularities to make them secure fitting. The worked and jointed timbers were then erected on site to make a heavy wooden skeleton, utilising various mortice-and-tenon joints. These joints were further tightened by offsetting tapering oak locking pegs, remains of which were excavated at the Rose site. The penultimate stage was ‘setting up,’ when the secondary elements were added—the joists and rafters, walls plastered and the roof put on—and finally ‘furnishing,’ which involved carpenters installing stair treads, balustrades, etc.65