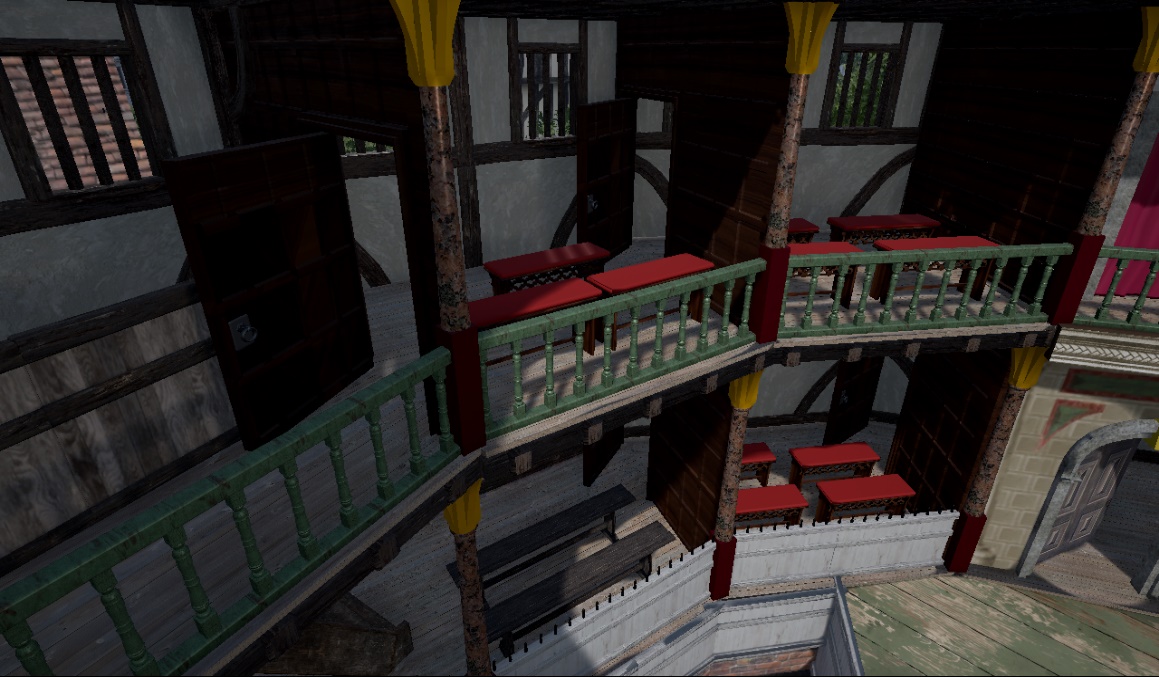 There is documentary evidence for the division of some of the gallery space in London’s playhouses into ‘rooms,’ accessible by spectators at greater cost.

In 1585, a draft lease on the Theatre playhouse gives one Gyles Allen and his wife and family the right to ‘enter or come into the premisses & their in some one of the vpper romes to have such convenient place to sett or stande to se such playes as shalbe ther played freely,’ which indicates that at least part of the spectating gallery space at this earlier playhouse, on which the Rose was probably modelled, was subdivided.111 In 1600, Henslowe’s Fortune contract (fig. 16 [4.2.2]) stipulated that the playhouse was to have ‘ffower coveninet divisions for Gentlemen Rooms’ as well as a category of ‘twopenny rooms.’ The Globe playhouse, built in 1599, was said in 1604 to have ‘private rooms.’ The contract for the Hope, 1613, stipulates ‘boxes in the lowermost storie fit and decent for gentlemen to sitt in.’ In the sketch of the Swan there are areas marked ‘orchestra,’ which Thomas Heywood refers to as ‘a place in the Theatre onely for th Nobilitie.’112 Peter Thomson is more cautious and reminds us of the uncertainty of where ‘top-price patrons’ sat: ‘Mention of an orchestra is peculiar to De Witt. The bottom gallery may, or more likely may not, have been more expensive than the upper two of the Swan. There is no real evidence that it was ever reserved for privileged spectators.’113

It’s not known if the Rose playhouse had any such rooms and it is possible there were no such distinctions at the early Rose; the mention of a ‘Lords Room’ is first encountered in Henslowe’s account in1592.

The model for Phase I has included divisions for more expensive, and therefore exclusive, seats with a cushion, areas of the playhouse closest to the stage that in the remodelling of Phase II are to become Henslowe’s ‘Lords room’ and other ‘Gentlemen’s rooms’.