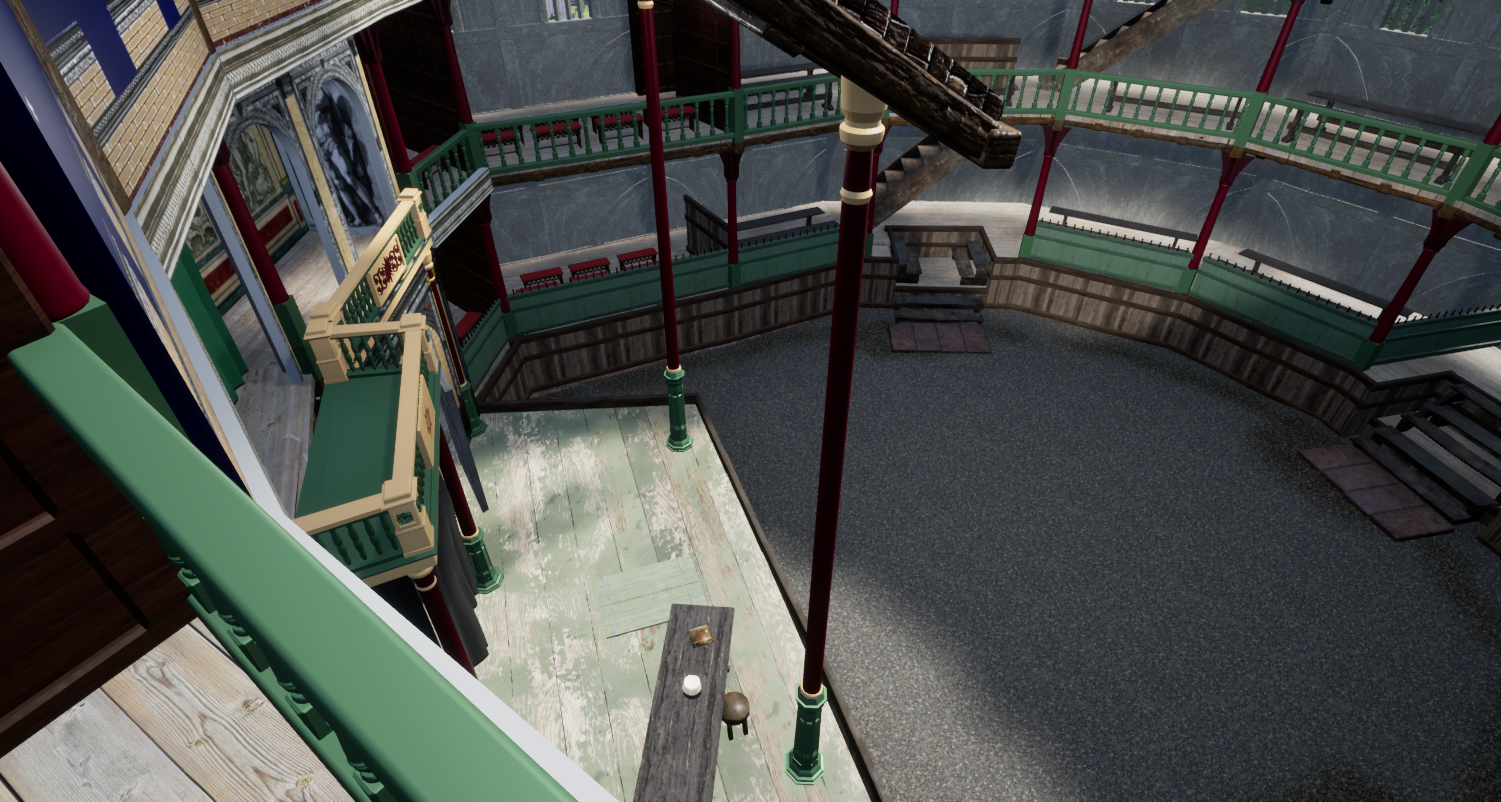 The stage pillars, viewed from the upper gallery

Just inside the stage front were what seem to be the remains of two column bases at each end of the stage (fig. 90). They measured 6.24m apart (centre to centre) and were built close to the new front wall. Each was made of brick plinth (measuring 0.47m2) resting on a timber base plate (which were reused pieces of a ship’s carvel planking).305

It is possible the brickwork continued up to the level of the stage, above which were most likely round timber columns to support a ‘cover’ or roof over the playing space. This was clearly associated with the relocation of the galleries on either side to accommodate sightlines from the upper floors.

Plays presumed to have been performed at the post-1591/2 Rose suggest occasional dramatic use of the pillars:306

In scene 14 of Henry Porter’s The Two Angry Women of Abingdon (1599 [1599]), Coombs walks into a pillar as he stumbles in the dark field of the story (‘A plague on this poast, I would the Carpenter had bin hangd that set up so’); in scene 9, the posts are perhaps used to represent trees (‘Nay all hid, I faith she shall not see me, / Ile play bo peepe with her behind this tree’).307

In The Spanish Tragedy, 3:1, a man is almost bound to a stake to be burned to death (‘They bind him to the stake’) before being released (‘They unbind him’).308

De Witt notes during his visit to London in 1598 that ‘Of all the theatres, however, the largest and most distinguished is the one whose sign is a swan,’ so we might imagine the Rose to be decorated in a less ‘distinguished’ manner. That the stage pillars at the Swan playhouse were painted to resemble marble is at least one way that seems to distinguish the Swan from the Rose in the eyes of De Witt at least. Whilst it might be an error to surmise that the use of paint effects to transform wood into something more decorative was the preserve of the Swan, for the model of the Rose the stage pillars supporting the ‘heavens’ have been painted more simply, with basic carved tops and bases inspired by Hans Blum’s A Description of the Five Orders of Columnes (1668).310

[308] For further discussion about the use of ‘pillars and posts’ in this scene, see Wickham, ‘”Heavens”, machinery, and pillars,’ 6–7.